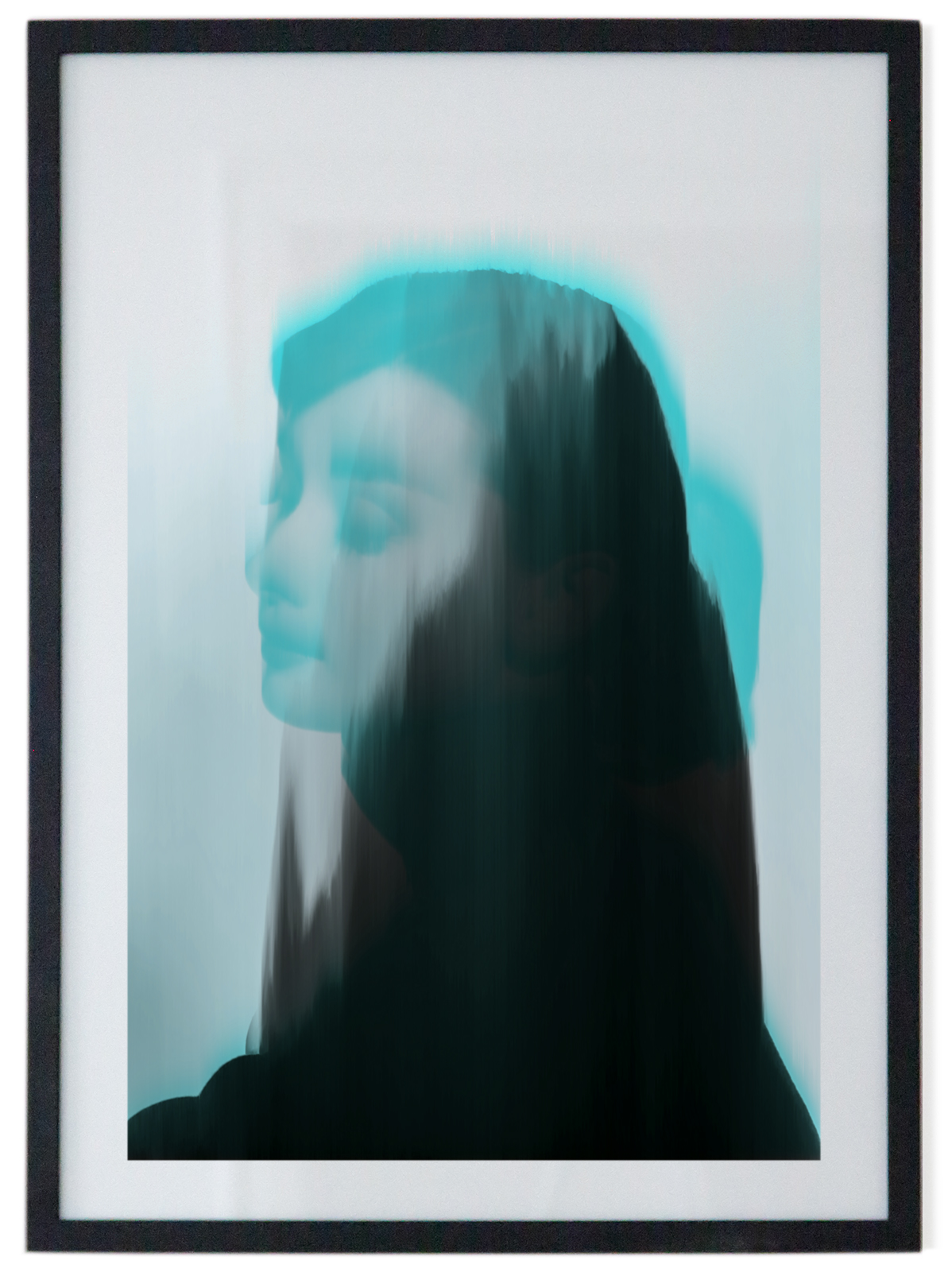 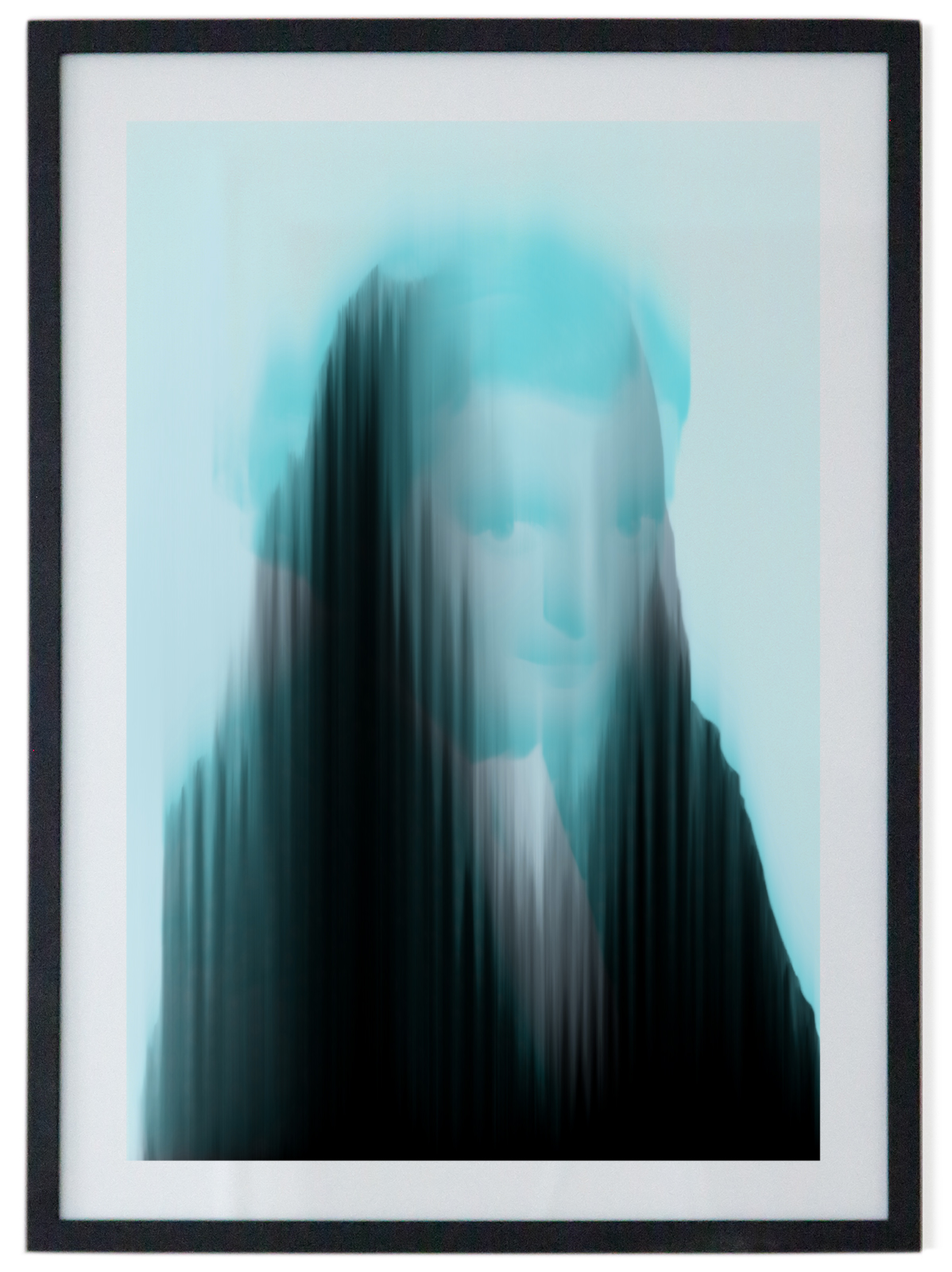 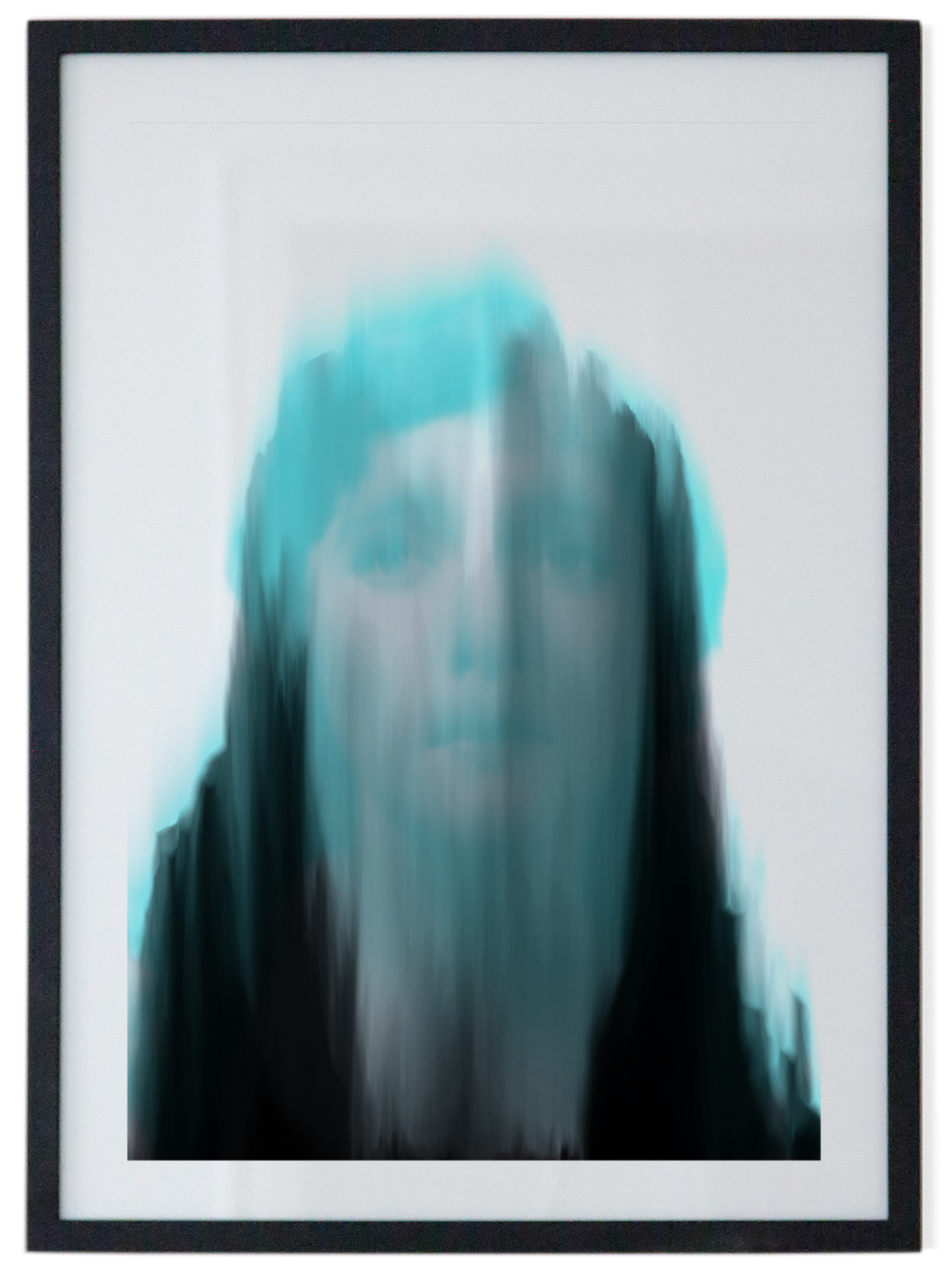 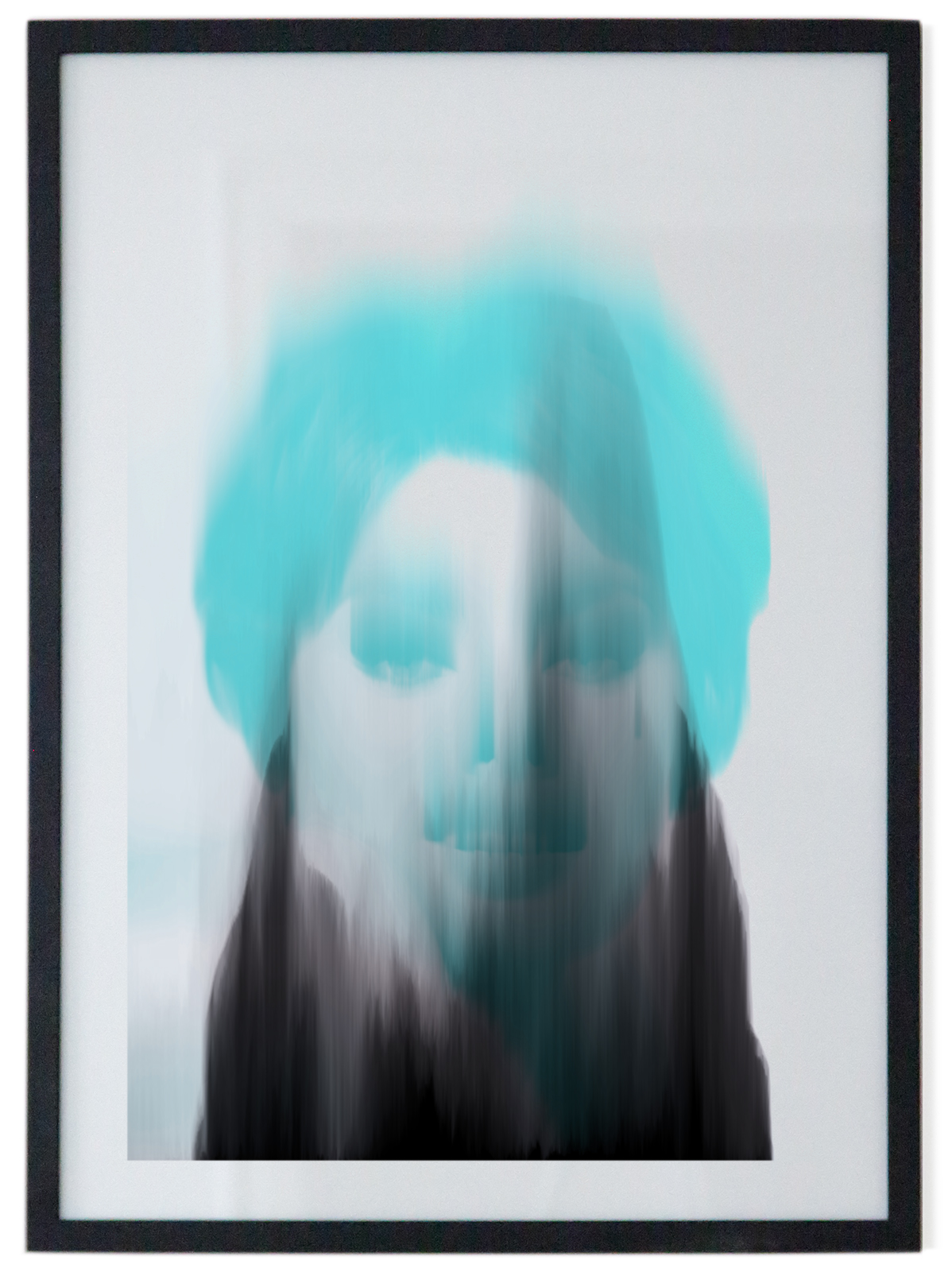 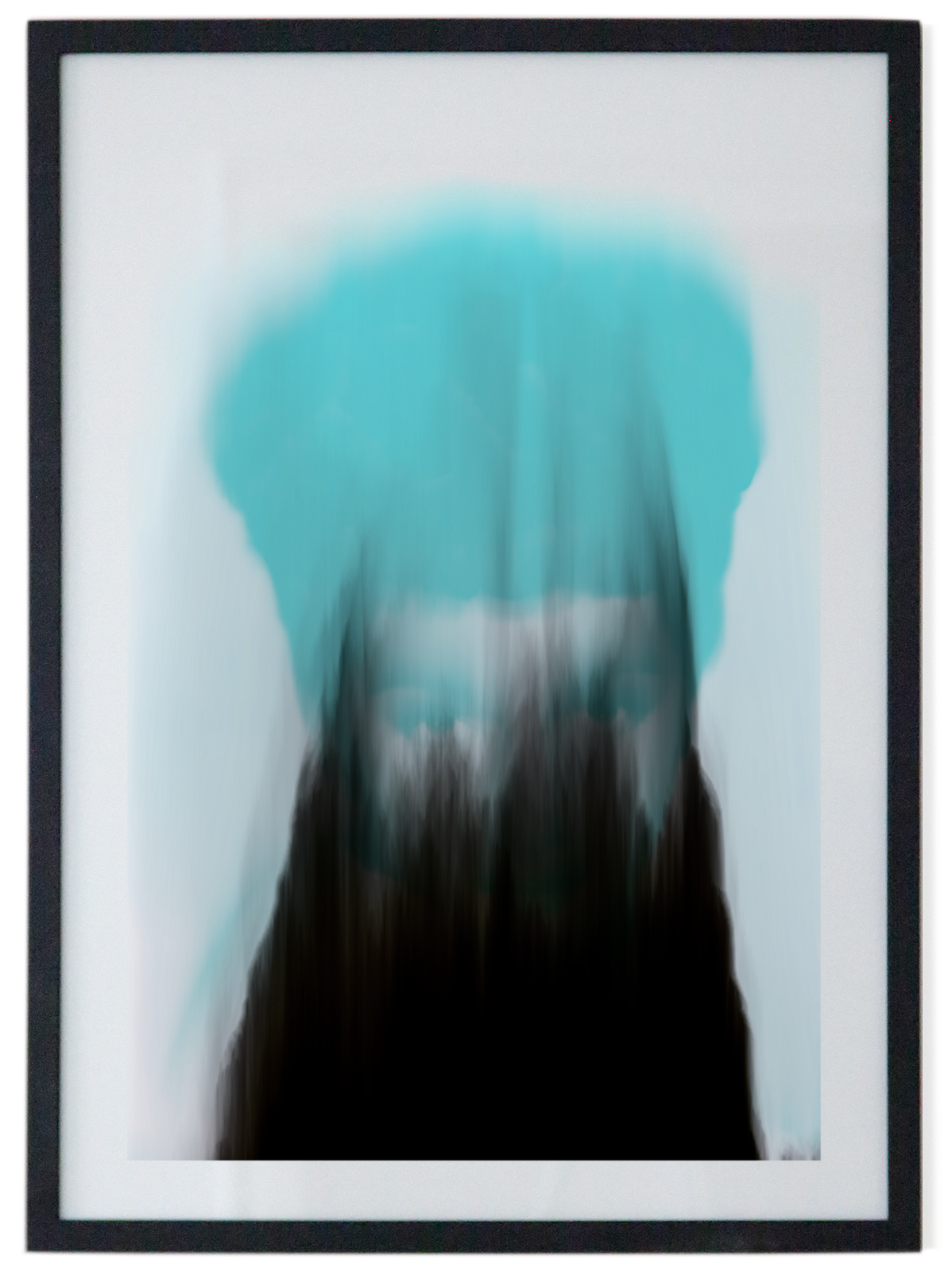 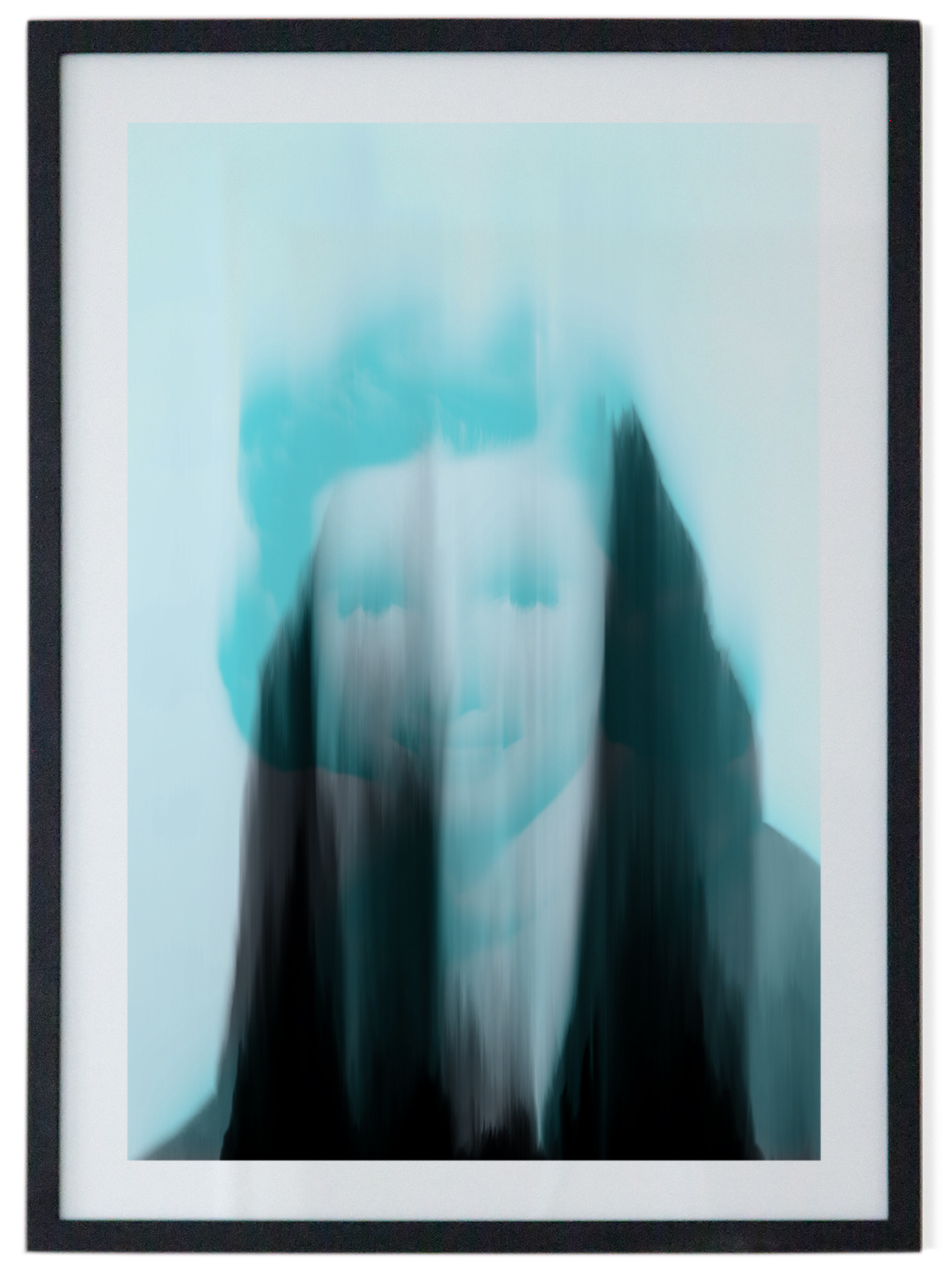 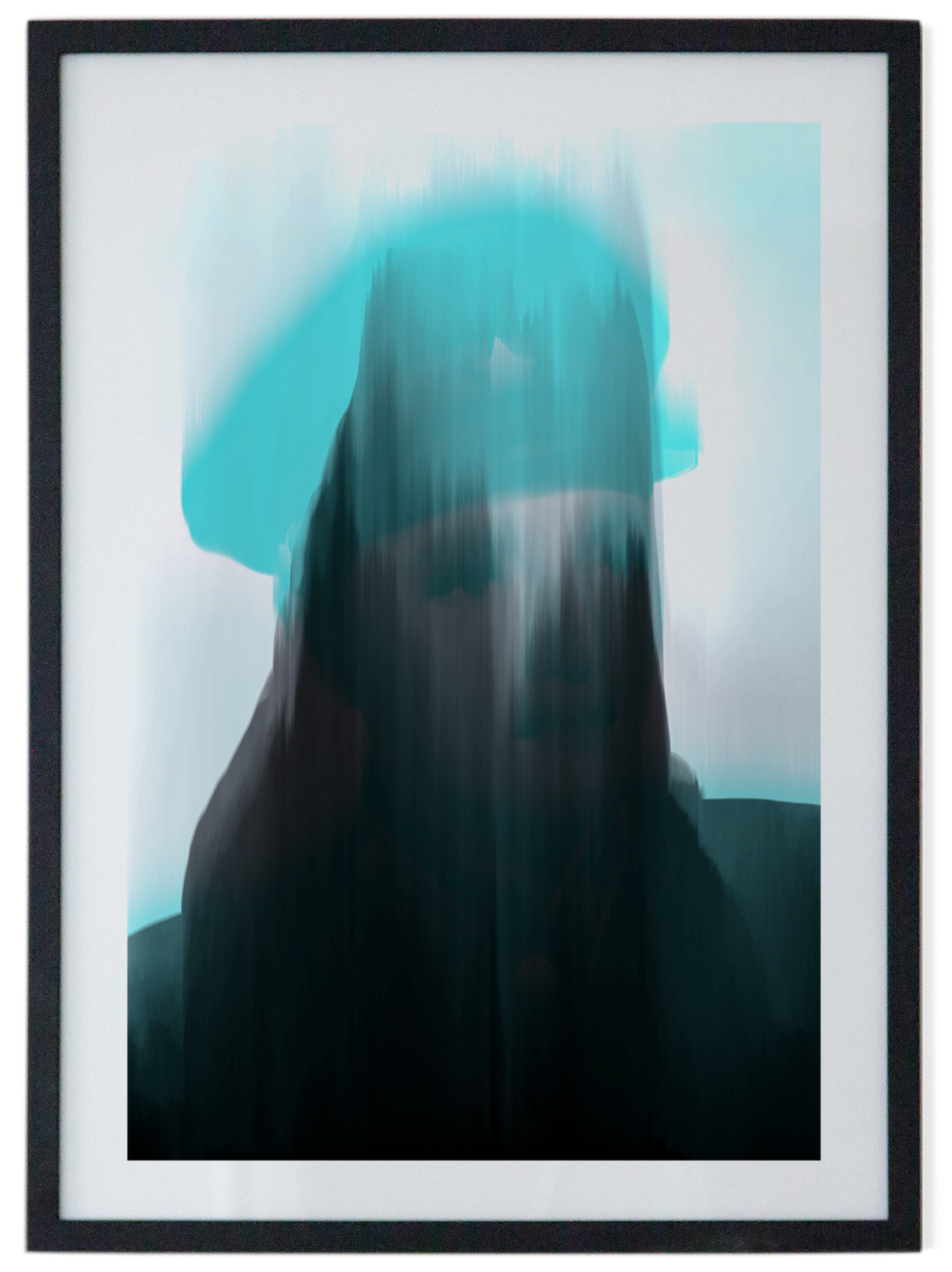 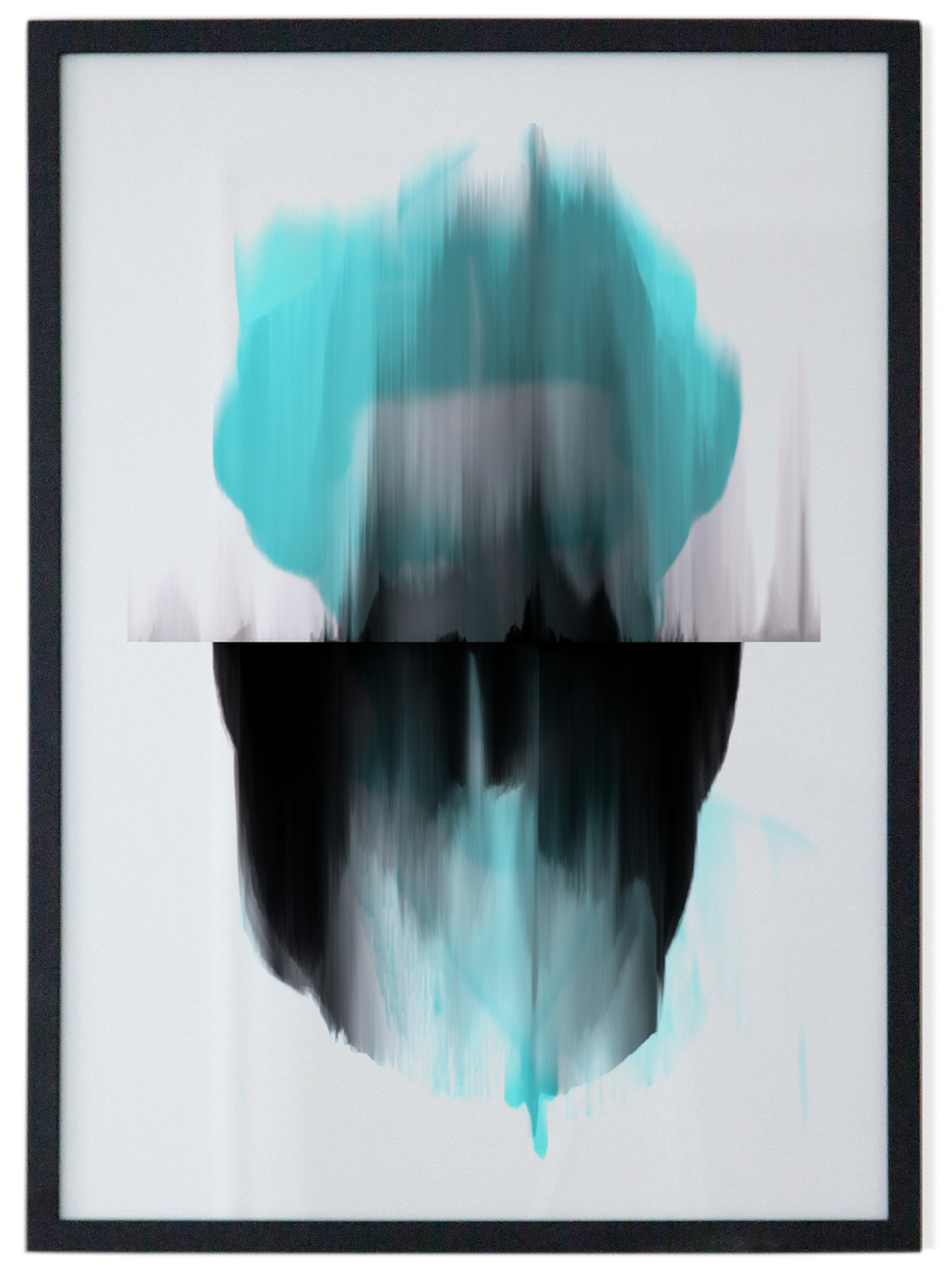 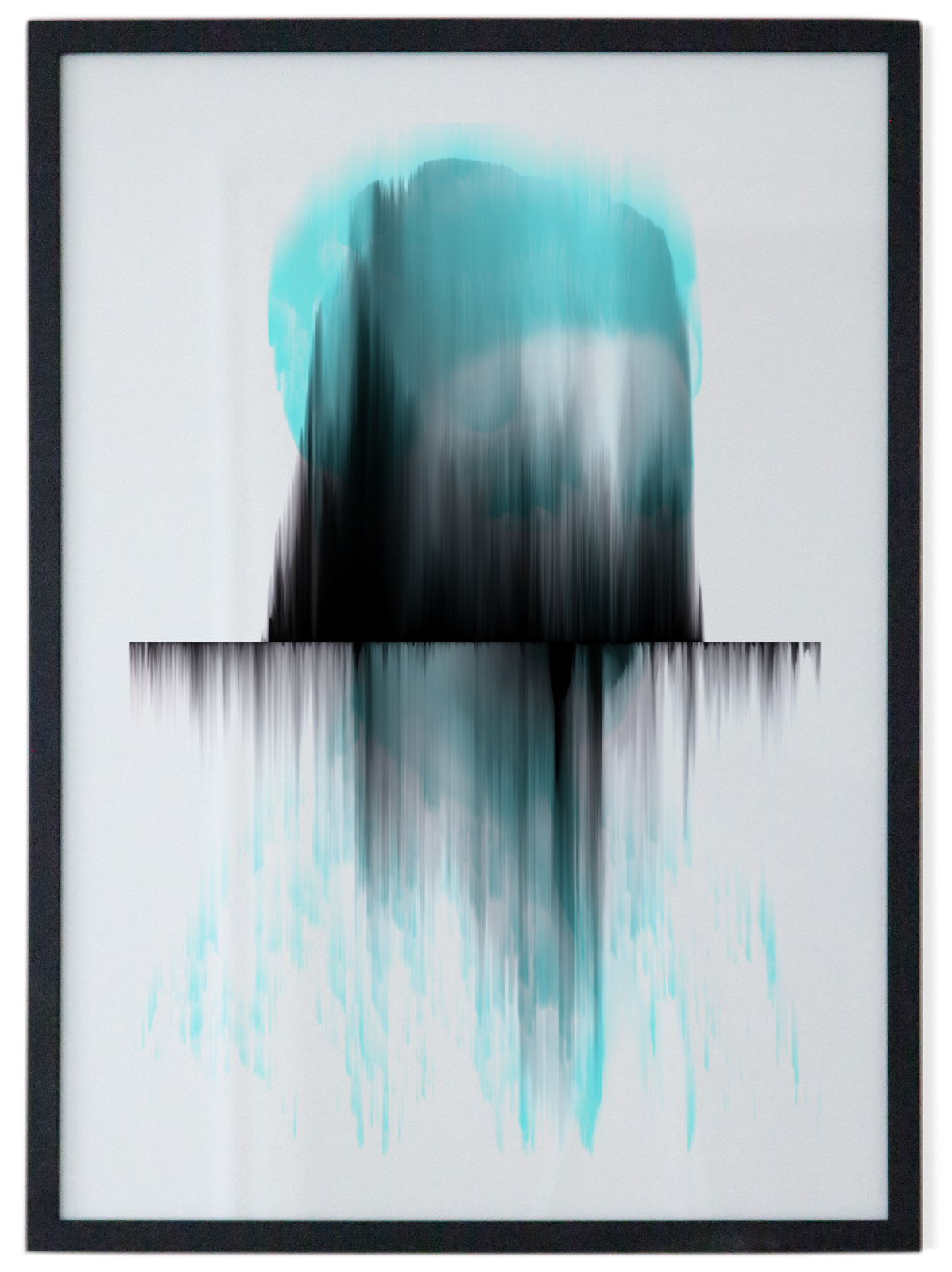 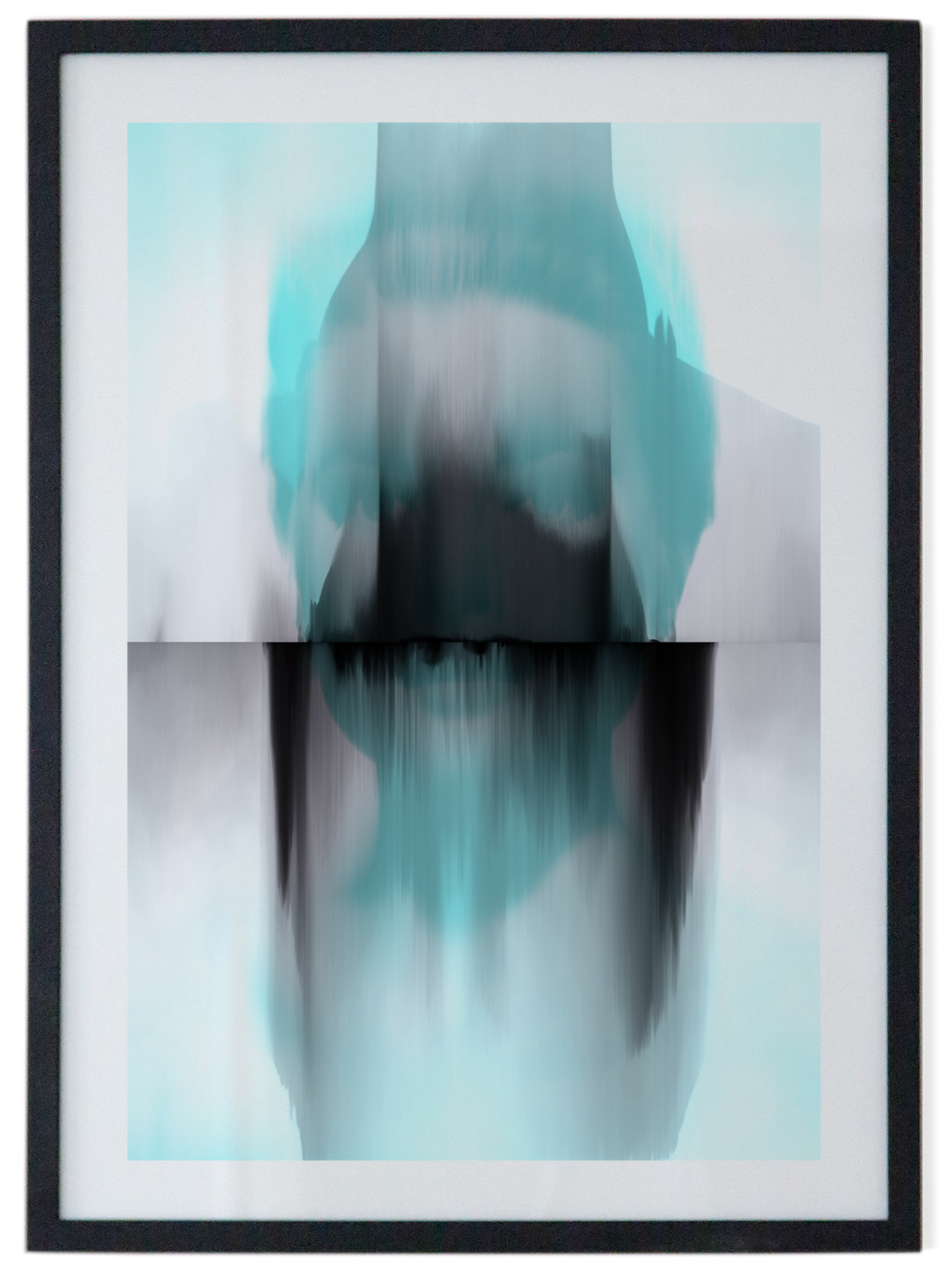 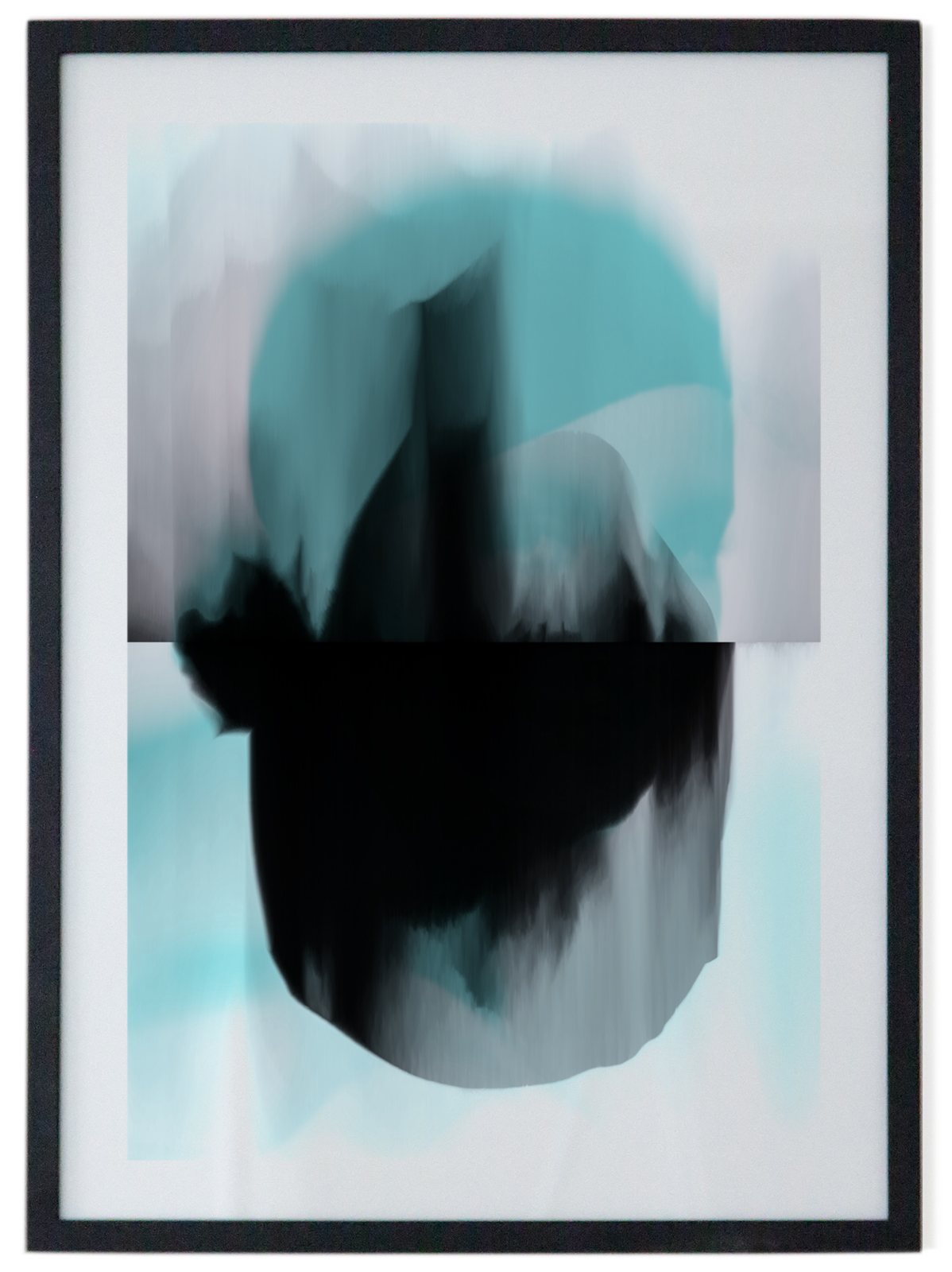 In Rainer Gamsjäger’s series Portraits, the self-generating and the self-reflective image fall into one. A software programmed by the artist re-arranges the pixels of digitized photo-portraits. The starting point for this is a vertical line which is exactly one pixel wide and corresponds to the height of the respective picture format. Computation step for computation step, Gamsjäger deconstructs the digital image by re-arranging the pixels within the image lines, thus revealing an abstract image content. The mimetic relation to the originally pictured subject – the content of the photographic portrait – is thereby completely lost, since abstraction has only its own object – the quasi-materiality of the digital image in the form of newly placed image points.

Like a veil, Rainer Gamsjäger puts the resulting abstract image over the origin and confronts the two contents in the black and cyan of the duplex print. The selection of the digitized portraits fell on actresses like Audrey Hepburn and other stars and starlets from the “Golden Age” of Hollywood cinema. Gamsjäger not only refers to his own artistic roots in the moving picture. He also decides for iconic illustrations of icons of popular culture in order to establish his own pictorial material at those historical moments which are constitutive of our current understanding of the image and which allow the artist to draw a self-reflective loop into his work. Ultimately, portraits are not only about Audrey Hepburn or other protagonists of a long past cinema, but also about portraits of images – meta-images, which are not only created by themselves, but always also think about themself. (Franz Thalmair)