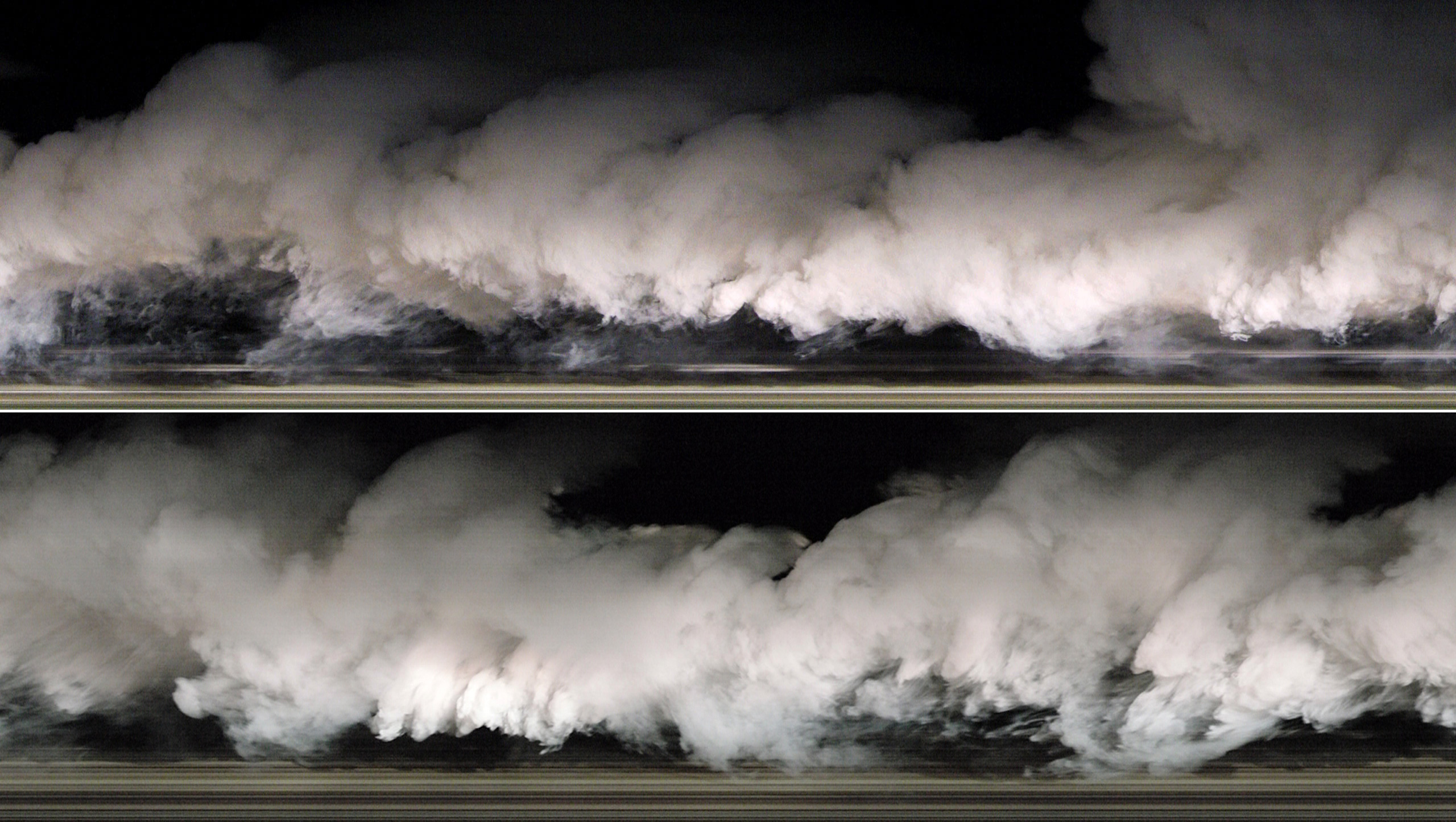 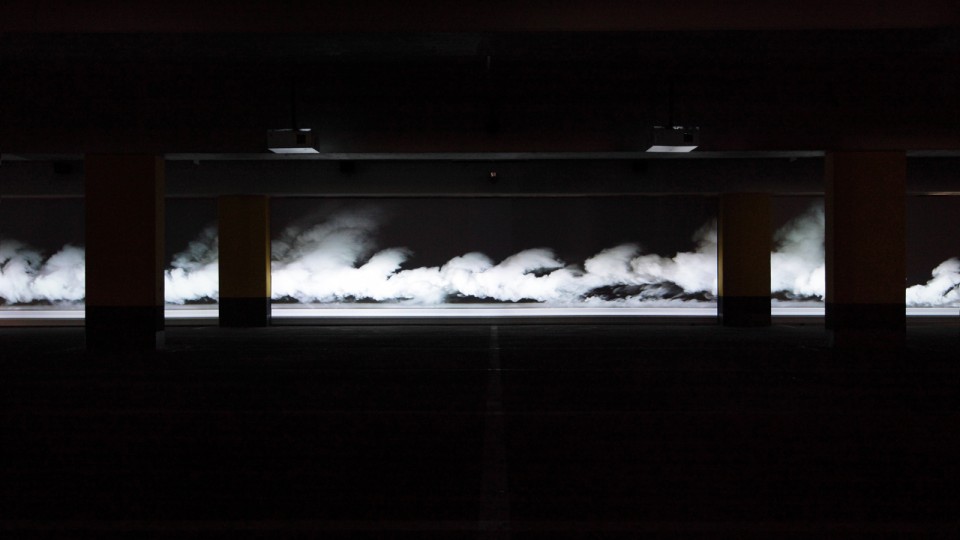 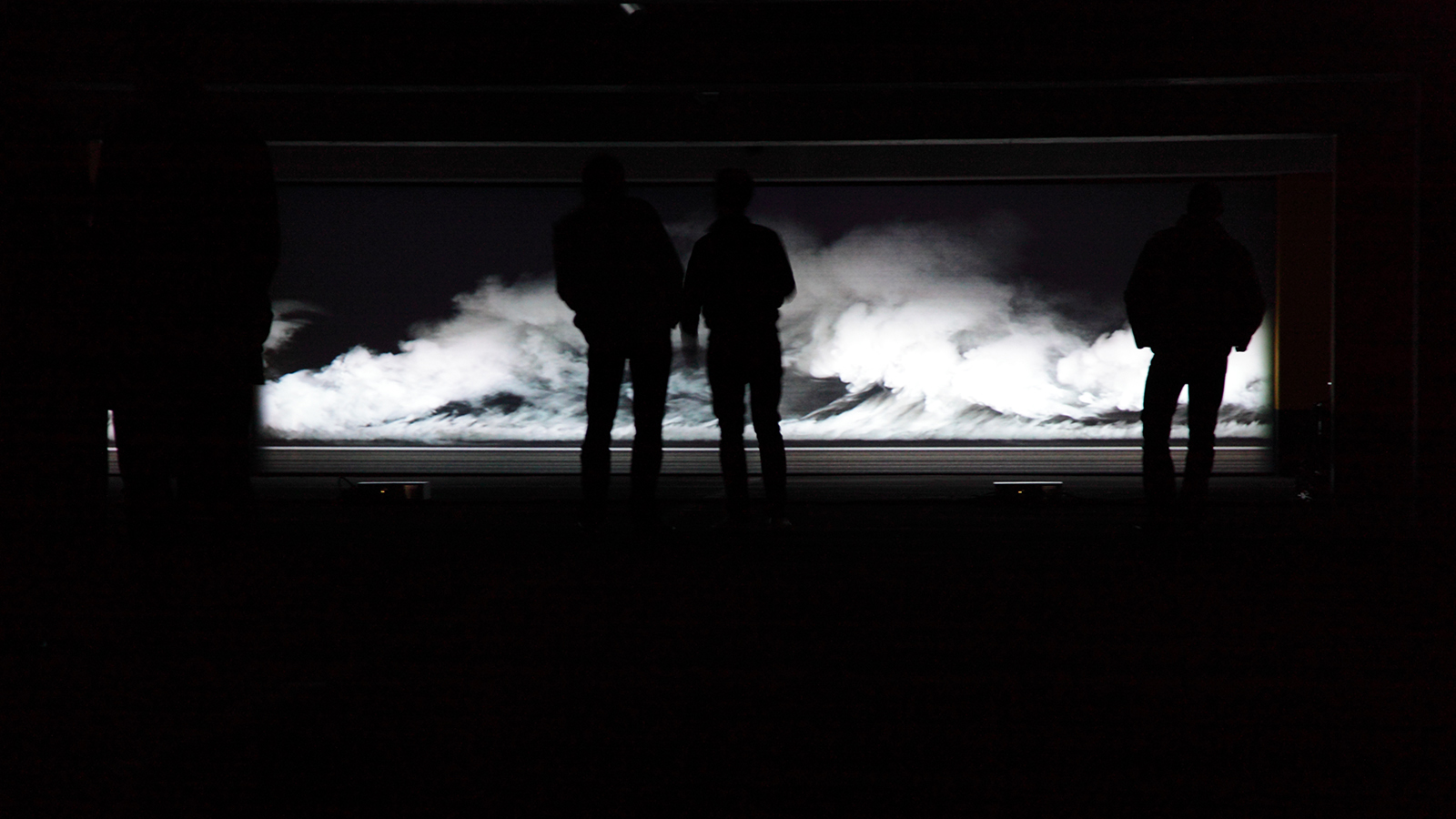 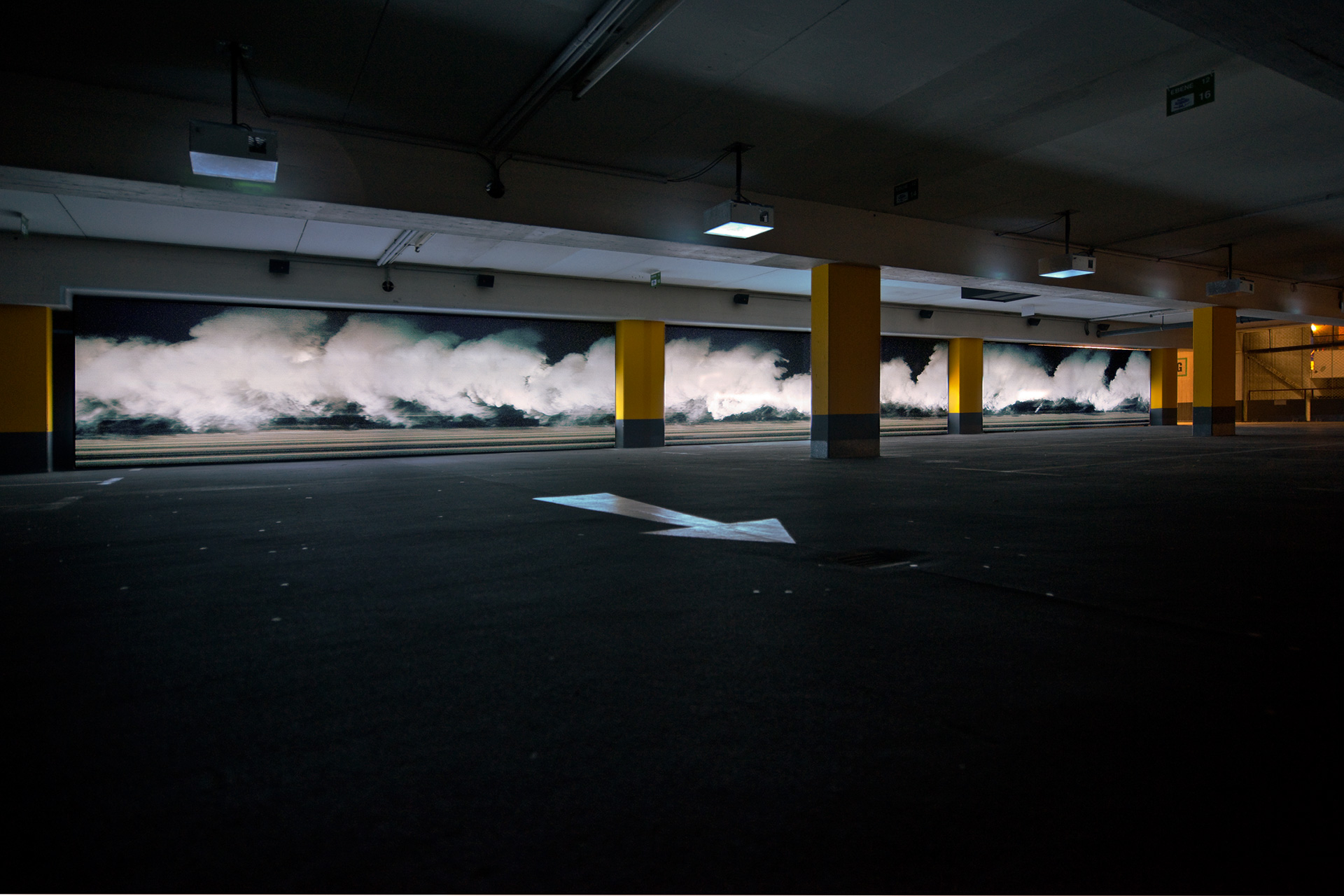 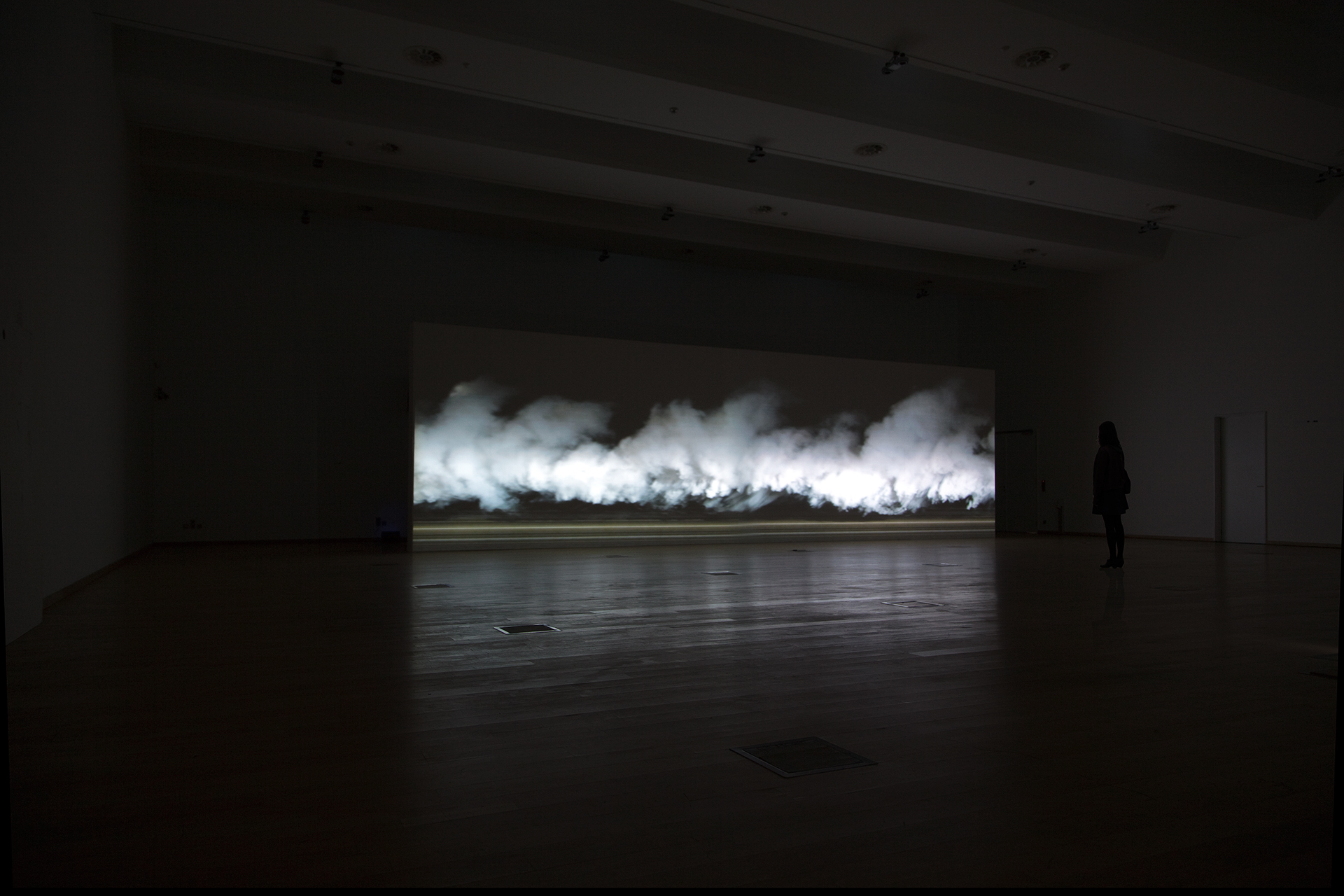 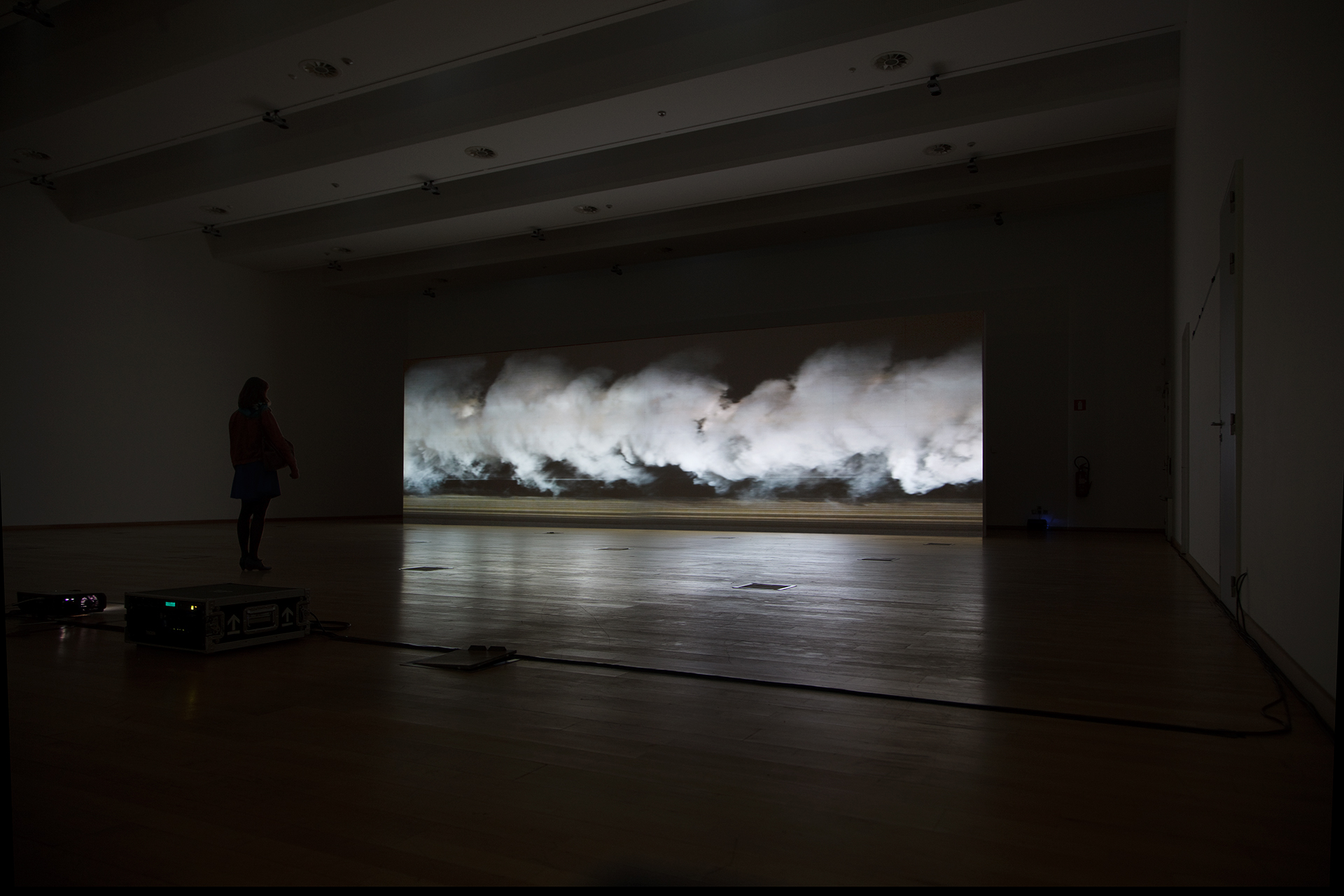 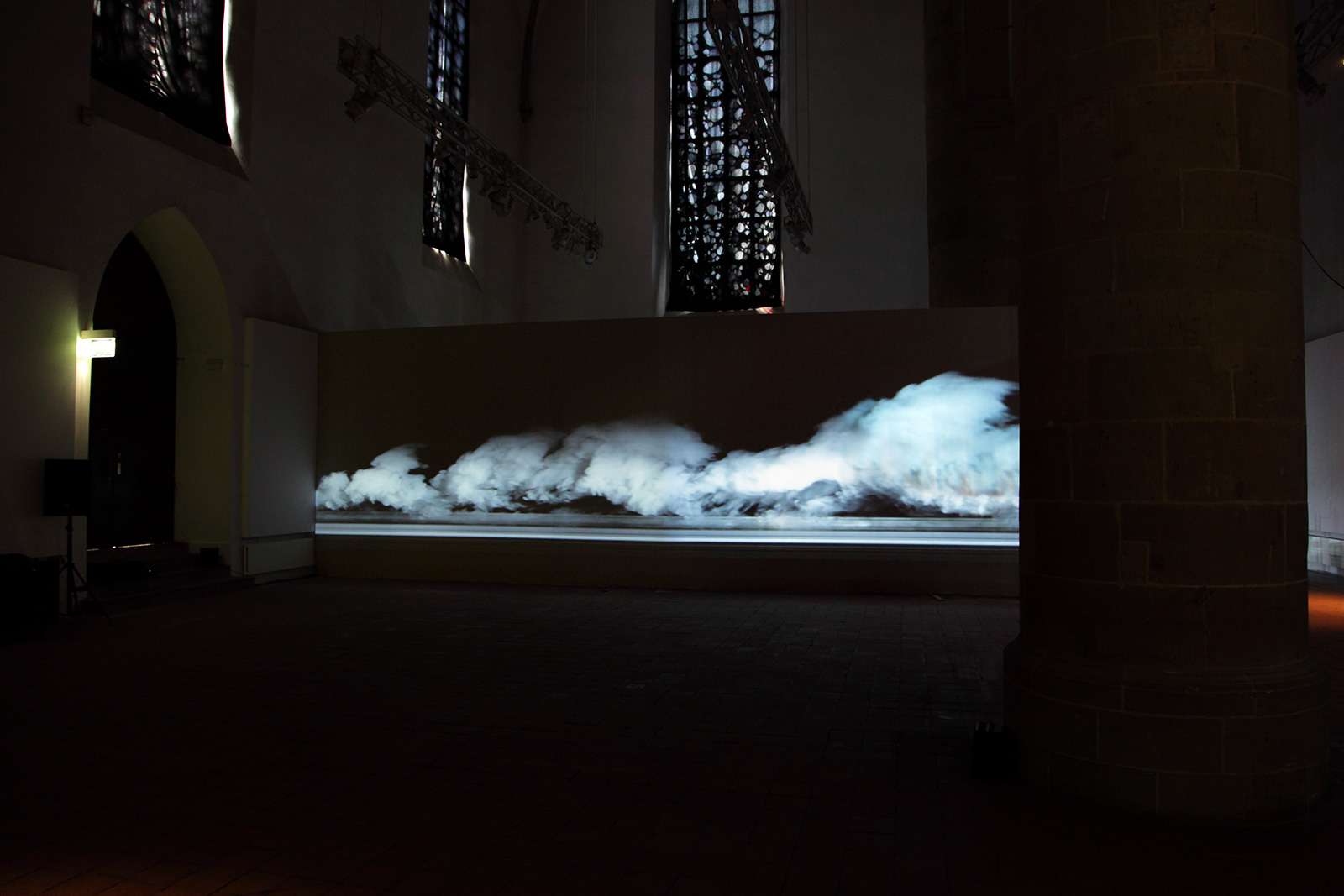 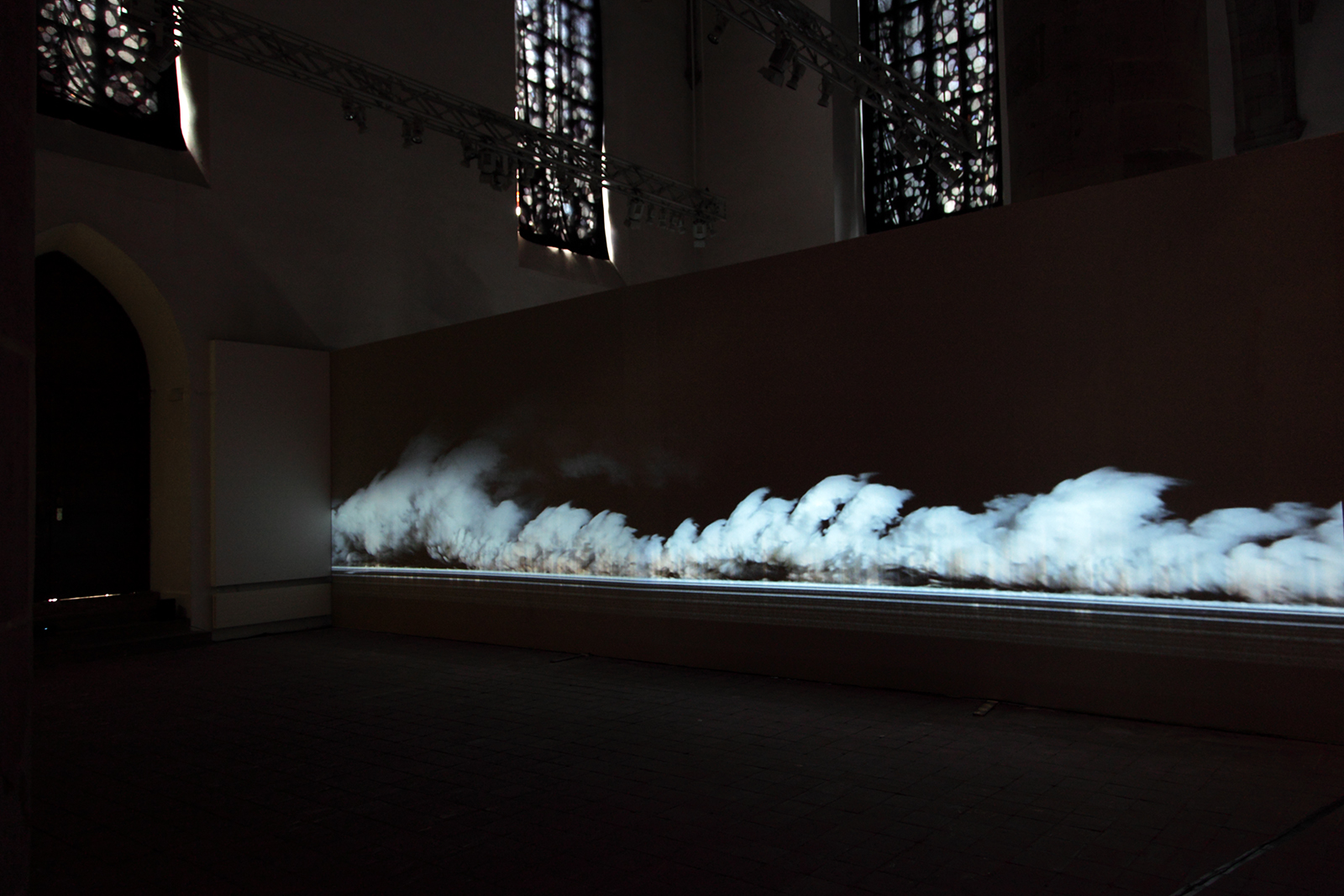 In coproduction with OK Offenes Kulturhaus / Center for Contemporary Art/
With the support of the Culture Programme 2007-2013 of the European Union
Supported by bm:ukk

“When smoke rises into the air, it’s visible from a great distance. An event inscribes itself into the sky for a brief time. Indigenous North Americans in particular are said to have made practical use of this, sending information with the aid of smoke signals. When making CLUSTER Rainer Gamsjäger created a ten-meter column of smoke and filmed it on videotape. This served as the raw material for his examination of digital information. In addition to the apparatus used to transfer information, being able to encode and then decode it is essential. In the case of smoke signals, information is in the form of sequences of smoke and non-smoke; in the digital world sequences of electricity and non-electricity, zero and one, are involved. The manipulation of the video image comprised of zeros and ones in CLUSTER represents a controlled rearrangement of the data sequences that have been filmed.
The resulting distortion does not stem from interference with a flow of digital images; the information they contain is not structured as planned. This causes a confusing deviation from the accustomed appearance of rising smoke. A new order is inscribed into the reproduction of an event. Conventions concerning how the everyday world appears to us have lost their stable foundation. CLUSTER demonstrates how nothing can be interpreted equivocally, that the way we deal with information is a question of apparatus or point of view. Finding new fields in the interpretation must be possible. This expectation of art is expressed successfully in CLUSTER.” (Siegfried A. Fruhauf)